Has anyone else heard of this yet? The official Beatles site and social media has been teasing and hinting about it for a while now... 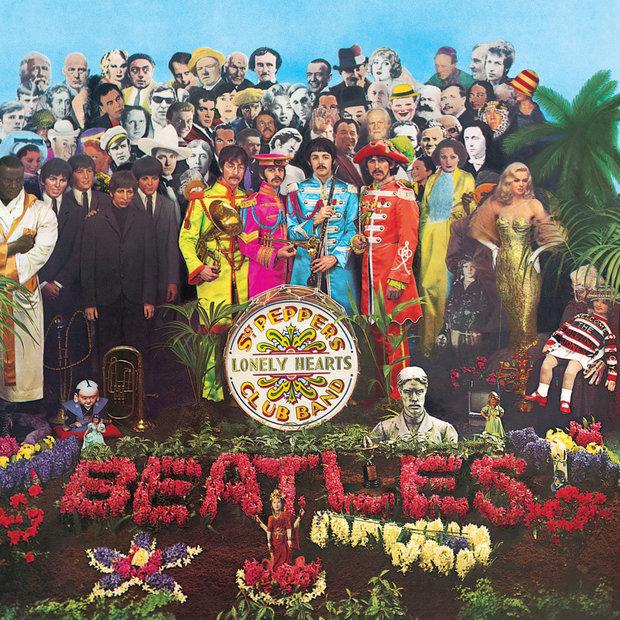 While no official announcement has been made, the band's website features four color bars matching the "Sgt. Pepper" uniforms worn by the Fab Four on the cover of that album, which was released on June 1, 1967.

Amazon is listing a single CD, double CD and six-CD anniversary set to be released on May 26, but no details are provided.

Britain's The Times, citing sources at The Beatles' Apple Records, said the re-release will include "Strawberry Fields Forever" and "Penny Lane" as bonus tracks. The songs were recorded during the same sessions as the songs on the "Sgt. Pepper" album, but were released four months earlier as a double A-sided single.

Decades later, producer George Martin said it was a mistake to have not included those two songs on the album.

Keith Allison, former bassist for Paul Revere & the Raiders bassist, noted on Facebookthat he heard an advance copy of the remastered  "Sgt. Pepper" album while visiting Beatle Ringo Starr a few month ago

"A couple months ago I was at Ringo's home. We were in his man cave watching TV, when a delivery from England came in. It was from Giles Martin, George Martins son. What's this? It's the Sgt. Pepper album remastered. I said, 'I haven't listened to this in I don't know how long.' Ringo exclaimed, 'You haven't heard it in a long time? I haven't listened to it in decades.' So we decide to listen to it on his high def top of the line system. So here we are sitting on the sofa, facing the TV, muted, but with soap operas playing. We listened to every track together. I thought, this is a historically great moment. Sitting here with my friend, listening to Sgt. Pepper, that he's on as a Beatle, and that he hasn't listen to track by track, since it came out.

Only two copies of the remastered Sgt. Pepper album were sent out, one to McCartney and one to Ringo, to be approved by them both. So what did Ringo think? He thought it was great! Why? Because it originally was recorded on a 4-track with a lot of over dubs, which buried the drums. Now, the drums have been lifted and come through as they should. He was pleased. You'll be glad to know it was remastered at EMI Studios where it was originally recorded."

"Sgt. Pepper" has been hailed by critics as one of the most significant releases in popular music. It has sold 32 million copies since its release in 1967.

Peter Blake's iconic cover for the "Sgt. Pepper" album featured a collage of 57 photographs of famous people, ranging from Marilyn Monroe to Edgar Allan Poe. It was shot on March 30, 1967.

The 50th anniversary re-release, according to The Times, has been given the green light by Starr, bandmate Paul McCartney and Yoko Ono and Olivia Harrison, widows of the late John Lennon and George Harrison, respectively.

I enjoyed that story about Ringo recently hanging out with Paul Revere & the Raiders bassist and listening to the Sgt. Pepper album after all this time! And I'm super excited for the upcoming releases of their most adventurous album! Happy 50th anniversary to Sgt. Pepper's Lonely Hearts Club Band!!!

Oh yeah, and I almost forgot to mention. Did anyone watch The Rock & Roll Hall Of Fame ceremony for 2017? I didn't, but thankfully there's a clip on YouTube of George's son (Dhani Harrison) inducting E.L.O.

And here's another clip I wanted to share. I saw this on MSN. A French Beatles fan is selling his entire Beatles collection which consists of 15,000 pieces! WOW!!!!!

Sadie, I got this from The New York Times:

"For its 50th anniversary this year, the Beatles’ “Sgt. Pepper’s Lonely Hearts Club Band,” one of the most influential and acclaimed albums of all time, is getting a spruced-up reissue.

The 1967 LP, home to hits like “Lucy in the Sky With Diamonds,” “With a Little Help From My Friends” and “A Day in the Life,” has been recently remixed in stereo and 5.1 surround audio — sourced from the original four-track session tapes — by Sam Okell and Giles Martin, son of the Beatles producer George Martin. The reissue, which was completed with a team of audio restoration specialists at Abbey Road Studios in London, will be released on May 26 in four increasingly expanded packages for all manner of Beatles completists.

The “Sgt. Pepper’s” set is the first time a Beatles album has been remixed and expanded since “Let It Be… Naked” in 2003. The half-century milestone will also be celebrated in the band’s native Liverpool, where 13 cross-disciplinary art commissions — one for each song on the album — have been scheduled for May and June.

Among the bonus goodies coming next month are a deluxe edition, on CD or vinyl, featuring previously unreleased complete takes of all 13 songs on the album, plus rare versions of “Penny Lane” and “Strawberry Fields Forever,” the two singles from early 1967 that preceded the album’s release that June. The super-deluxe version is a six-disc box set including the new album mix; 33 additional recordings from the “Sgt. Pepper’s” sessions; and a 144-page hardcover book about the album with an introduction from Paul McCartney and Giles Martin, among other additions."

Sadie! Thanks for posting this!! I also, enjoyed the story about Ringo recently hanging out with Paul Revere & the Raiders bassist and listening to the Sgt. Pepper album after all this time!!! :-) I'm also, Really Excited about the upcoming releases of their most adventurous album!!
Happy 50th anniversary to Sgt. Pepper's Lonely Hearts Club Band!!!  :-)

Sadie!! No I didn't watch The Rock & Roll Hall Of Fame ceremony for 2017. I'm Sorry I missed it!  :-( But, I'm sure it will be shown on HBO eventually. Thanks for posting the clip of Dhani inducting E.L.O.! And WOW!! I also, enjoyed the clip you posted about the French Beatles fan selling his entire Beatles collection which consists of 15,000 pieces! Really Something!!! :-)

Thanks Beatlebob for posting some more information about the upcoming Sgt. Pepper releases! Wow I'd love to see that 144-page hardcover book! I didn't watch The Rock & Roll Hall Of Fame awards either, but I found a few videos of it on YouTube. Glad you enjoyed the one I shared and that video of the massive Beatles collection for sale! Omg I can't even imagine having such a huge collection! And I thought I had problems with Beatle hoarding. That guy's way worse than me! LOL!!!!!

You're Welcome, Sadie! :-) I'd Love to see that 144-page hardcover book too!!! WOW!! I Really enjoyed all of the information You posted here!! I'm Glad you found a few videos of The Rock & Roll Hall Of Fame awards on YouTube! I heard it's going to be on HBO. I'm going to check it out when it's on. Thanks again for posting the two videos here! I Enjoyed them! I know what you mean about that video of the massive Beatles collection for sale!! I couldn't even imagine having such a Huge collection like that guy has, too!! WOW!!! LOL!!!! You thought you had problems with Beatle hoarding. Yes, that guy's way worse than you!! LOL!!!! ;-) 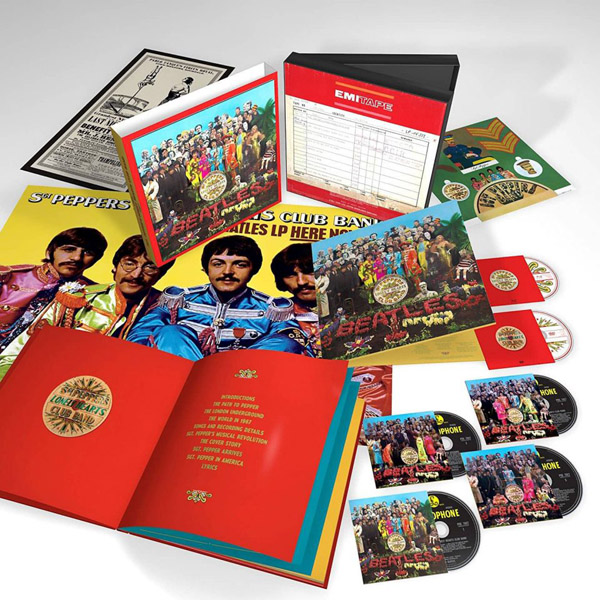 Beatlebob, thanks for posting some more information, pictures, and video about the upcoming Sgt. Pepper releases! I probably won't be able to afford any of it but it's still amazing to look at! LOL!!! Have a fab day! :-)