Got Beatle Paul in here! 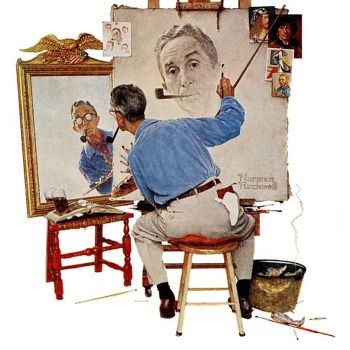 Famous Artists In History In Song To Close, at Mike Pell Rockollections:

Loudon Wainwright III set the table at the end of the last Chapter.This final Episode, it's songs about Famous Artists In History!Beginning with the man who brung us to the party.I'll have a song in here I particularly like from 1968, one that I would have found a reason to play even without this Series.But it fits!Included are some album cuts from both a commercial failure and a smash hit.This brief Series was intended as a break from the ordinary and an appeal to your intellect- but then, that’s what I always try to do.Enjoy!Here are the links to Some Art History, at Mike Pell Rockollections:At Podomatic:https://www.podomatic.com/podcasts/radiopell/episodes/2019-03-20T11...At Spreaker:https://www.spreaker.com/user/radiopell/04-artists-2014-19Mike

I've had some BIG ups & downs!

But you the man to always come up with mucho info on Things Beatle, lol!

All the best to you and Mom!

Mike,
Loved Part 4, songs about Famous Artists In History!! Very Interesting! And some Great Songs! Some info about Beatle Paul and Picasso's Last Words (Drink To Me):

The longest song on Wings' 1973 album Band On The Run, Picasso's Last Words (Drink To Me) was written during a dinner party Paul and Linda McCartney had in Montego Bay, Jamaica with the actor Dustin Hoffman.

On one of our Jamaican holidays we had heard that Dustin Hoffman and Steve McQueen were around, shooting the film Papillon. We were invited to visit the set and Dustin asked us back to his house for dinner. He was asking me how I write songs; I explained that I just make them up. He said, Can you make up a song about anything?' I wasn't sure, but he pulled out a copy of Time, pointed to an article and said, 'Could you write a song about this? It was a quote from Picasso, from the last night of his life. Apparently, he had said to his friends, 'Drink to me, drink to my health, you know I can't drink anymore,' and then gone to bed and died in his sleep. So I picked up a guitar, started to strum and sing 'Drink to me, drink to my health...', and Dustin was shouting to his wife, 'He's doing it! He's doing it! Come and listen!' It's something that comes naturally to me but he was blown away by it. And that song became Picasso’s Last Words.
The issue of Time magazine was dated 23 April 1973, and the article in question was titled 'Pablo Picasso's Last Days and Final Journey'. Hoffman later described watching McCartney compose the song as "right under childbirth in terms of great events of my life".
The song was the only one to be recorded at Ginger Baker's studio in the Ikeja region of Lagos, Nigeria. Baker had hoped to entice Wings to record more songs at his ARC Studios, but only one session took place. So Ginger, he helped on a few little things of it. At the end, where we go 'Ho, hey ho.' We did the cutting up there. Then we got Ginger and a couple of people from around the studio and we got little tin cans and filled them with gravel from outside the studio, and used them as shakers, so at the end you hear this [makes shaking gravel noise], and that's Ginger and a big mob of us going [gravel noise again]. So we just made it all up and then edited the tape. There were about four or five big edits in it, really.
The song contains elements of the Band On The Run songs Jet and Mrs Vandebilt.
The brief orchestral arrangement was by Tony Visconti, and was recorded at George Martin's AIR Studios in London. The recording also contained French-language speech.
.......Paul McCartney