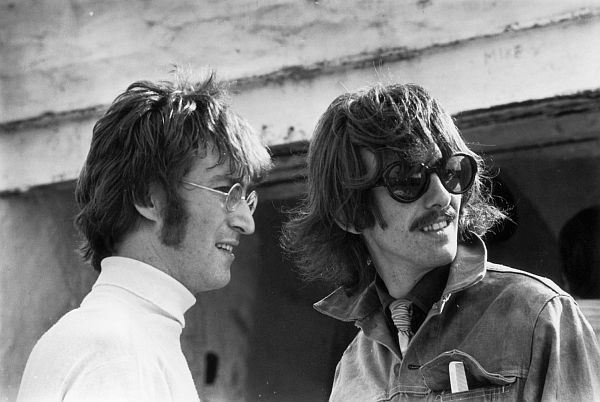 Again, it's that strange time between the deaths of George Harrison, November 29, 2001 and John Lennon, December 8, 1980- two former Beatles.
Without The Beatles, I don’t love Music like I do- simple as that!
So the loss of any of the Fab Four will always be personal.
Doing these shows, I try to bring a different angle to the presentation.
In this Part One, I’ll play the rare song about George's death, compared to all those written for John.
Plus an about-time listen to the Eastern influences on George’s Music- and his sincere Spirituality does not lessen the hooks!
Then some random album tracks and a flip-side of a single that were a blast for me to dig out and play.
There are things in here I’ve never played before, give a listen!

Here are the links to Have Fun With George, at Mike Pell Rockollections:

Mike,
I'm Glad to hear you had a Real Good Christmas!
LOL!! Yeah, my usual Boring New Year's Eve is approaching too.
Thanks Mike!!! A Happy New Year To You, My Pal!!!
Bob

I had a real good Christmas.

Happy New Year to you pal, told you I will MAKE you have one!