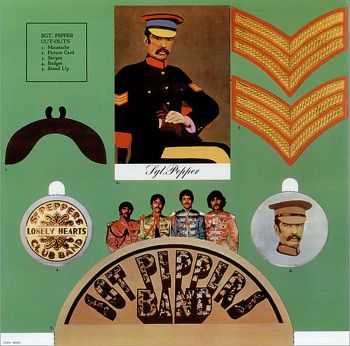 I Am Re-creating The Album By Artists Other Than The Beatles, at Mike Pell Rockollections:

This is a rerun of a Show I originally did in early June 2012, so please add 7 YEARS to all dates I say- good grief, 7 YEARS, lol!Sgt. Pepper's Lonely Hearts Club Band by the Beatles was released June 1st, 1967 on the Parlophone label, 52 years and a few days ago.It doesn't seem right, I know time flies, but come on...!I am re-creating the complete album in the exact order, track by track, but by people OTHER than the Beatles!They will range from the 60's through the 2000's.Say, I wonder if anyone ever cut out that cardboard mustache and wore it?Thereby ruining the value of the old vinyl album packaging, which is a pretty good price today.Bet someone did...DUMMY, lol!This is Part Two.Here are the links to that Part Two, at Mike Pell Rockollections:At Podomatic:https://www.podomatic.com/podcasts/radiopell/episodes/2019-06-12T10...At Spreaker:https://www.spreaker.com/user/radiopell/02-sgt-pepper-2012-19Mike