Paul McCartney and PETA are now working together to save a female elephant that has spent her entire life at the Manila Zoo in the Philippines.

Mali's story first made headlines towards the end of this year's January.

At that time, conservationists and animal rights activists were trying to convince high officials in the Philippines to support their plans to relocate the female elephant to a sanctuary in Thailand.

As reported, they argued that, because she had never had the chance to interact with others of her kind, Mali was probably severely traumatized, and that the only way to save her was to introduce her to a herd.

The Philippine government agreed to have Mali transferred, and ordered that the elephant be evaluated and readied for her journey to Thailand. However, the transfer never took place.

In a letter addressed to Philippine President Benigno Aquino III, rocker Paul McCartney asks that he speed up the process of having the world's loneliest elephant moved to her new home, Look to the Stars reports.

“I have great regard for governments that intervene on behalf of animals, just as yours did with the May 2012 directive ordering that Mali be evaluated and considered for transfer.

“That said, time is passing, and it has been more than a year since that directive was issued – yet Mali seems no closer to enjoying her well-deserved retirement at an approved sanctuary,” the musician writes.

“With the stroke of a pen, you can bring an end to her suffering, and I urge you, with all my heart, to direct that Mali be given that joy now,” he adds.

Together with PETA, Paul McCartney argues that elephants forced to live alone in captivity are psychologically scarred, and that it can take years to repair the damage that has been done.

President Benigno Aquino III has not yet answered the rocker's plea. The latter hopes that it will not be long until he does. 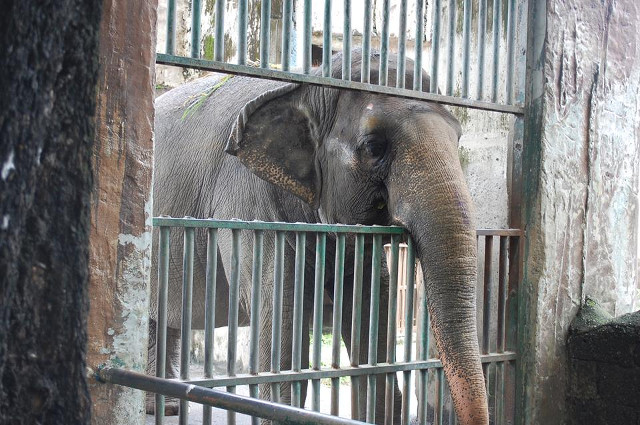 Aww! Poor Mali!! So Sad!! :-(( I HOPE President Benigno Aquino III answers Paul's plea!! And Soon!!! It's Great that Paul is Still active with PETA!! Paul is such a Great person in so many ways!! Thanks for letting us know about this BeatleGirl!! Move Mali to her new home SOON!!

I AGREE! Mali needs to be moved to her new home soon! She deserves her freedom!

It's wonderful that animal activists such as Paul McCartney uses his voice to speak out for a lone elephant like Mali. I really hope Mali will be introduced to an elephant sanctuary as promised. It will be a sad day if she dies without ever being transferred. It's so cruel how this is entrapment is allowed. I also think Joseph Estrada, the mayor of Manila was rude to say that it's none of Sir Paul's business to intrude with Philippine issues. He could have just been diplomatic about it and say that they are still in the process of doing something about Mali's transfer. I don't know why it's taking so long when it's so obvious Filipinos and everyone else who cares about that poor elephant wants her to be set free from that zoo!

I Couldn't Agree More with Everything you said here!!!!! She Deserves her Freedom!!! I Hope she will be set Free from that zoo Soon!!!!