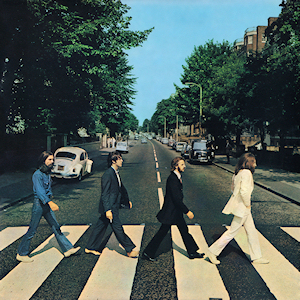 1). You actually believe Ringo Starr is the greatest drummer of all time.

3). You own more Beatles' shirts, than anything else in your wardrobe.

4). When watching the Magical Mystery Tour move, you’re shocked it did not win an Oscar.

5). Fist fight anyone who puts any other band other than the Beatles as the "Greatest Rock Band in History."

6). You believe the Beatles are bigger than Jesus!

8). Only "Apple" company you buy things from is "Apple Records."

9). You play the song "Birthday" on days that it’s not someone's birthday.

10). You secretly wished you could grow your own mop top.

1. I really don't have an opinion on who the "greatest drummer of all time" is, but SURELY Ringo is the first DRUMMER whose name I actually knew!

2. :)) Pretty close. I probably had 3-4 albums of various bootlegs albums & the original album itself at one point.

3. O_O The first thing I do when shopping for clothes is look for Beatles shirts or typing in "beatles" in the search bar on online clothing stores.

4. LOL This is an understatement.

5. I'ma fist fight all the way into where the sun never shines.

8. I can't afford either! =P (The only Apple product you eat is from Apple Records :))

9. I play it during birthdays and when it's not anyone's birthday!

LOL I Loved Those!

1).  Sometimes! He kept them going with his steady back beat during concerts. He showed his talents on certain songs. And really shined with his drumming on Abbey Road.

7).  Of Course! That WAS their last Album, even though it was released before "Let It Be". And for me, "Abbey Road" was a much better Album.