ROCKOLLECTIONS:VOL2- COVERED BY THE BEATLES PT.2

I'll finish the album, With The Beatles, right away.
I still can't get over the fact that album was released on the day President Kennedy was assassinated!
Then I'll move on to what was the cause of much confusion and many differences over here in the U.S.A.
The Beatles released singles and EP's in England with songs they never put on albums.
But they were on albums in a mishmash over here, so that's why I am using the UK releases as my guide.
For those who don't know, EP stands for Extended Play- not a single, not an album.
A sort of hybrid usually consisting of TWO songs on each side.
We had them here too, but not as consistently as other countries.
So that is what we spend most of out time with for this episode- The Long Tall Sally EP.
Guess what song I'll play first, lol?
Only 3 of the 4 songs were Beatle Covers, but I found a reason to play that John Lennon 4th song.
Until we do it again, I hope you enjoy what I have presented here.
Happy Listening!

I liked this, so I'll use it again- here are the links Back To The Days Of Beatlemania And Before, at Mike Pell Rockollections: 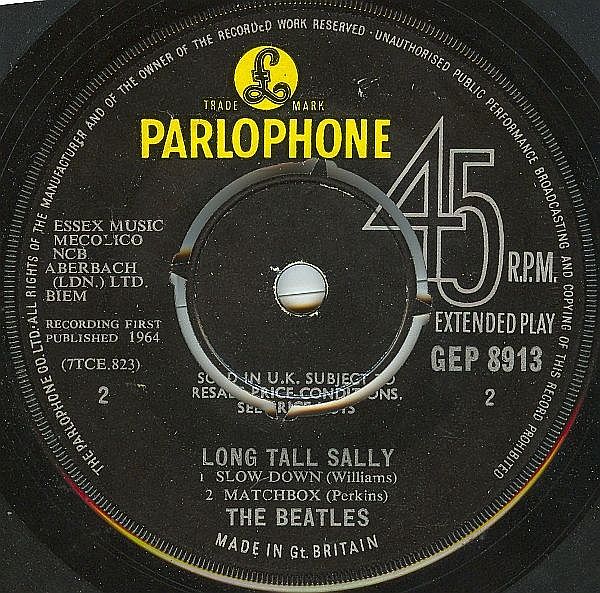